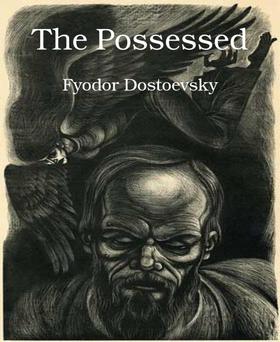 The Possessed is an anti-nihilistic novel by Fyodor Dostoyevsky. An extremely political book, Demons is a testimonial of life in Imperial Russia in the late 19th century.

As the revolutionary democrats begin to rise in Russia, different ideologies begin to collide. Dostoyevsky casts a critical eye on both the radical idealists, portraying their ideas and ideological foundation as demonic, and the conservative establishment&apos;s ineptitude in dealing with those ideas and their social consequences. Dostoyevsky&apos;s novels focus on the idea that utopias and positivist ideas, in being utilitarian, were unrealistic and unobtainable.

The Man Who Lost Himself
Henry De Vere Stacpoole

A House of Gentlefolk
Ivan Turgenev

Ivan Aivazovsky and the Russian Painters of Water
Victoria Charles