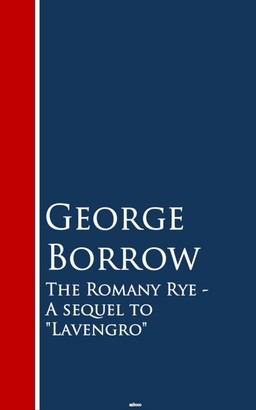 A sequel to Lavengro

It having been frequently stated in print that the book called "Lavengro" was got up expressly against the popish agitation, in the years 1850-51, the author takes this opportunity of saying that the principal part of that book was written in the year '43, that the whole of it was completed before the termination of the year '46, and that it was in the hands of the publisher in the year '48. And here he cannot forbear observing, that it was the duty of that publisher to have rebutted a statement which he knew to be a calumny; and also to have set the public right on another point dealt with in the Appendix to the present work, more especially as he was the proprietor of a review enjoying, however undeservedly, a certain sale and reputation.

"But take your own part, boy!
For if you don't, no one will take it for you."

With respect to "Lavengro," the author feels that he has no reason to be ashamed of it. In writing that book he did his duty, by pointing out to his country people the nonsense which, to the greater part of them, is as the breath of their nostrils, and which, if indulged in, as it probably will be, to the same extent as hitherto, will, within a very few years, bring the land which he most loves beneath a foreign yoke: he does not here allude to the yoke of Rome.

Instead of being ashamed, has he not rather cause to be proud of a book which has had the honour of being rancorously abused and execrated by the very people of whom the country has least reason to be proud?

p. ivOne day Cogia Efendy went to a bridal festival. The masters of the feast, observing his old and coarse apparel, paid him no consideration whatever. The Cogia saw that he had no chance of notice; so going out, he hurried to his house, and, putting on a splendid pelisse, returned to the place of festival.

The Monster and Other Stories
Stephen Crane