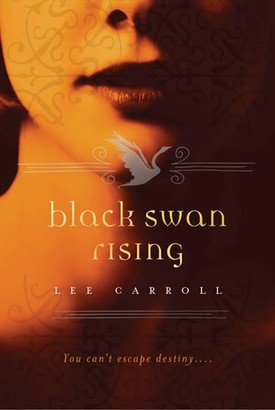 When New York City jewelry designer Garet James stumbles into a strange antiques shop in her neighborhood, her life is about to be turned upside down. John Dee, the enigmatic shopkeeper, commissions her to open a vintage silver box for a generous sum of money. Oddly, the symbol of a swan on the box exactly matches the ring given to her by her deceased mother. Garet can't believe her luck and this eerie coincidence until she opens the box and otherworldly things start happening. . . .

That evening, the precious silver box is stolen. When Garet begins to investigate, she learns that she has been pulled into a prophecy that is hundreds of years old, and opening the box has unleashed an evil force onto the streets of Manhattan and the world at large. Gradually, Garet pieces together her true identity—one that her deceased mother desperately tried to protect her from. Generations of women in Garet's family, including her beloved mother, suffered and died at the hands of this prevailing evil. Does Garet possess the power to reclaim the box and defeat this devastating force?

On her journey, she will meet the fey folk who walk unnoticed among humans and a sexy vampire who also happens to be a hedge fund manager that she can't stop thinking about. But the fairies reveal a desire to overpower mere humans and the seductive vampire has the power to steal the life from her body. Whom can Garet trust to guide her? Using her newfound powers and sharp wit, Garet will muster everything she's got to shut down the evil taking over her friends, family, New York City, and the world.

The Key to the Coward's Spell
Alex Bledsoe

The Ruin of Angels
Max Gladstone