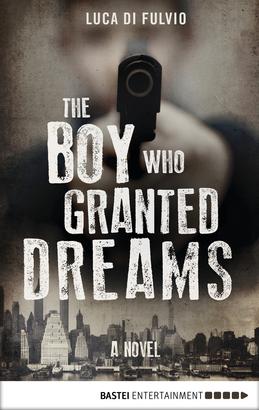 The Boy Who Granted Dreams

New York, 1909: Fifteen-year-old Cetta arrives on a freighter with nothing but her infant son Natale: strikingly blond, dark-eyed, and precocious. They've fled the furthest reaches of southern Italy with the dream of a better life in America.
But even in the "Land of the Free," the merciless laws of gangs rule the miserable, poverty-stricken, and crime-filled Lower East Side. Only those with enough strength and conviction survive. As young Natale grows up in the Roaring Twenties, he takes a page from his crippled mother's book and finds he possesses a certain charisma that enables him to charm the dangerous people around him ...
Weaving Natale's unusual life and quest for his one true love against the gritty backdrop of New York's underbelly, Di Fulvio proves yet again that he is a master storyteller as he constructs enticing characters ravaged by circumstance, driven by dreams, and awakened by destiny.

Haunting and luminous, this masterfully written blend of romance, crime, and historical fiction will thrill lovers of turn-of-the-century dramas like "Once Upon a Time in America" and "Gangs of New York."

About the Author:
Luca Di Fulvio as born in 1957 in Rome where he now works as an independent author. His versatile talent allows him to write riveting adult thrillers and cheerful children's stories (published under a pseudonym) with equal ease. One of his previous thrillers, "L'Impagliatore," was filmed in Italian under the title "Occhi di cristallo." Di Fulvio studied dramaturgy in Rome where he was mentored by Andrea Camilleri.

In Her Keeping
Valerie Connors