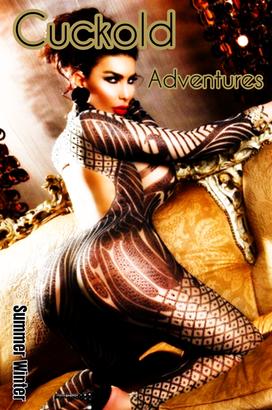 Al and Joyce had purchased a three story condo in the city. As the entire unit need renovation it worked out well for Al, being a security geek he had to have every room wired for sound and video. He had it hooked up to a large desktop computer which allowed the operator to zoom in or out and change angles as there was several units operating in each rooms. He worked for a large dairy combine they allowed their executives to us company personnel and vehicles for moving locally. Al left the handling of that to the plant manager. Moving day went off without a hitch as the manager had sent big John to supervise. John was 6’6” and weighted 265. He seemed to be all muscle. As he arrived home Joyce was still unpacking boxes. She told Al it was going to take a month to get everything put away properly. At dinner she joked about big John, how friendly he was the fact that he always seemed to be close by her if she needed something moved. Al joked with her “perhaps he got the hot’s for you.” Looking Al straight in the eye she smiled and responded “he could make a girl cream her jeans with his smile.” Over the next three weeks Al showed Joyce how to use the system both while at the computer and remotely. Wednesday afternoon he left his office, once in the car and on his way he called Joyce. The phone rang four times before she answered. “Hi babe I’m on my way how was your day?” After a slight pause he heard Joyce’s voice it had a hint of she had a few glasses of wine.

Pay for me!
Summer Winter

A bitch on vacation 2
Summer Winter