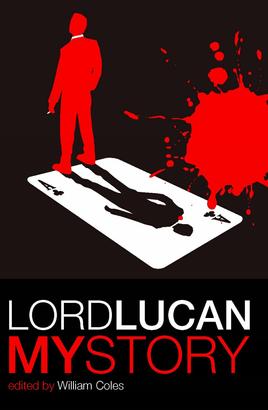 A murder gone wrong. A worldwide police hunt for the killer. And a fugitive who became a legend: The 7th Earl of Lucan. The Lord Lucan Scandal is one of the greatest and most extraordinary mysteries of the 20th Century. Ever since Lucky Lord Lucan disappeared in 1974 after the murder of his nanny, the world has wondered what happened to Britain's most dashing Peer. Here, in his own hand, is the answer. This is Lord Lucan's personal memoir of his life as the worlds most infamous fugitive. It is the story of an Old Etonian Earl on the run; of how a man became a murderer; and how a life-long friendship soured into an enduring hate. Here, for the first time, is the full monstrous account of the life of Lord Lucan. This is his story.

William Coles has been a journalist for 25 years and was the New York Correspondent, Political Correspondent and Royal Reporter on The Sun.

He has written for a wide variety of papers and magazines ranging from The Wall Street Journal to The Mail, The Scotsman and Prima Baby Magazine. For the past five years, he has been a tabloid consultant with South Africa’s biggest newspaper group, Media 24, as well as The Herald Group in Glasgow and DC Thomson in Dundee.

On Being a Cop
Jim Padar