The German-Pakistani entrepreneur, writer, Peace Activist and Social Political Advisor Jamal Qaiser, completed his studies for OPM at the Harvard Business School and the Transition to Leadership programme of the University of Oxford Said Business School.
Jamal Qaiser advises various companies and political parties, NGOs, humanist organisations and governmental apparatus.
Since 2016 he has advised as UN-Commissioner for UN-Affairs for the Diplomatic Council the economic and UN Social Council - one think tank at the United Nations has the highest consultative status, i.e. the Economic and Social Council of the UN.

His book published in 2016: "Der fremde Erfolgsfaktor - Why we urgently need immigrants in Germany", attracted a great deal of attention both nationally and internationally. In the same year he won the international getAbstract Book Award with his work from a selection of over 10,000 non-fiction books. 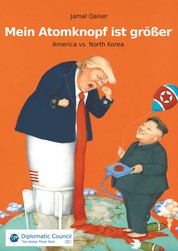 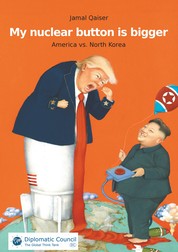 My nuclear button is bigger